Teach Me What You’ve Learned: A Classroom Technique for Repeated Spaced Retrieval 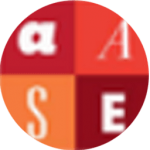 May 28, 2020
Why is it so difficult for some students to absorb legal principles? Scientists have found that unless we have a framework of knowledge it is very difficult to consolidate novel information. Once we get a framework, then novel information can be quickly assimilated.
​
​Consider for example a seasoned constitutional law professor versus the student brand-new to the area of constitutional law. If new information is encountered, such as a recent Supreme Court holding, the law professor has no trouble holding onto it and assimilating it into a larger base of knowledge. For the law student, by contrast, the information literally has nowhere to go in the brain. The difference between the two is that the law professor has learning frameworks, called schemas, already assimilated. As a result the new information fits easily into the existing framework. The law student, by contrast, must first develop an appropriate learning framework in order to be able to hold on to the information about constitutional law. As King and colleagues
(2019) state, “Novel information is learned faster if it is compatible with existing knowledge, a result that is achieved via the integration of new information into the previously acquired memory.”
Then how do we acquire a learning framework? The answer is through retrieval and repetition. As Karpicke notes, although it’s long been known that retrieval contributes to learning, the past decade has seen an intense focus on the benefits of repeated retrieval. Such retrieval, the process of attempting to recall previously learned information, has been shown to enhance learning in a variety of settings and contexts for individuals ranging in age from preschool into later adulthood (Karpicke, 2016).
In this article we illustrate a technique that capitalizes on the principles of learning frameworks and repeated retrieval. The technique involves facilitating the development of learning frameworks in students who are new to a subject. Consider for example a hypothetical day following a Civil Procedure I session. We begin our class by asking the students to tell us what they have learned. One says, “federal question jurisdiction,” so we write this term on the board. Another says, “diversity jurisdiction”; and yet a third says, “exclusive jurisdiction and concurrent jurisdiction.” We write these terms on the board and see if we can get the class to give us even more. One may then say, “domicile” and another, “amount in controversy.”
We then ask the students to help us organize the information. In so doing we are attempting to create a learning framework based on the students’ new learning. For example, we may guide the students to see a structure that might look something like the following:
In our next class session, we ask the students to try to recall, that is retrieve, the schema that was created last time. Thus the process of repeated retrieval begins. From there we again ask the students to tell us what they learned since the last time we met. We write the terms down and then help the class integrate them into the existing framework. For example, one may say “more than $75,000.”  Another may say “intent to remain and supplemental jurisdiction” and yet another “physical residence and original jurisdiction.”  Finally, someone might add “aggregation and subject matter jurisdiction.”
For many students, each of these terms represents an isolated concept because they fail to do the crucial task of organizing an accurate framework. What we try to do is guide the class to expand their developing framework. For example, through discussion we might piece it together as follows:To get a better idea of schemas and how they work, consider the early work of Swiss psychologist Jean Piaget. For Piaget, cognitive development begins with an inborn tendency to organize experiences into meaningful patterns, which he called schematic (singular—schema.) A schema is an organized pattern of thought. According to Piaget, schemata can be acquired or modified in 2 ways. The learner might integrate new experiences into an existing schema, a process called assimilation. Or using the process of accommodation, the learner might develop a new schema or modify an existing one (Saccuzzo, 1987).For example, the mind of a newborn might be considered a blank slate beginning with a single schema which represents the infant’s entire experience. As the infant assimilates new information into this initial schema, she or he eventually develops a new schema for everything involving the infant’s perception of self. At this point, the infant has 2 schemas – one for experiences of the world and one for self-perception, or the concept of “me”. Subsequently, the schema for all information involving the outside world must give way to new schemas, such as things that fly. Later, the schema for things that fly its further refined into birds and other winged creatures versus inanimate objects such as airplanes.

The process of schema formation continues throughout the lifespan. Their importance and relevance can be seen in the power first impressions and what are called primacy effects. One of the reasons first impressions are so powerful is that they create a schema that then colors subsequent perceptions. Similarly, primacy effects mean that what we see first tends to be better remembered. This process even applies to essay grading. Graders quickly form a schema that tells them this is either a good, average, or okay answer. Subsequently, the graders’ perceptions are colored by this initial impression, and a search for evidence to confirm their initial impressions.

Over 100 years of research have demonstrated that retrieval is one of the best, if not the best, ways of learning (Karpicke, 2016). Retrieval followed by spaced repetition leads to the development of schemas. Once consolidated, the schema becomes a part of what psychologists call semantic memory. Thereafter, new information on the same subject as the schema is more readily and efficiently assimilated. For example, on the question of when to study the minutia of the MBE, we recommend to students that they first learn the basic core of the subject before trying to learn the more obscure rules. Once a schema for this core is acquired, the minutia is more easily learned. This is one reason why during review for final exams and during bar review each succeeding day seems to go by faster. They do go by faster, because speed of learning accelerates as schemas are acquired.

These concepts also apply to solving closed universe problems such those that are typically included in a 1L skills or writing course or any closed universe performance exam. For all of these types of problems we recommend that students attempt to abstract and create a schema for the structure of the law presented in the library. This schema then provides the structure that can then be used to analyze the questions asked in the performance test.

Using this approach, we guide students to take their individual case briefs and organize them into schemas that, in the end, reflect the entire core structure of the subject.  In essence this is a mental representation or map of the thinking process necessary to arrive at answers to legal questions.  Development of those schemas occurs through repeated spaced retrieval, and academic success professionals can fulfill a vital role in guiding students to do this work.

Advantages of our schema-building exercise are: